Quality shown in the photo: MS(63)
Real photo of the collectible item that you will receive Quality MS(63)
€5
Go to cart
If you so wish, you can order a certificate of authenticity or grading for this collectible item after adding it to your cart. 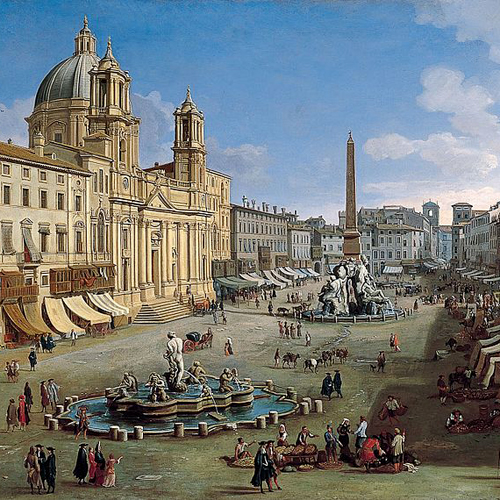 5th century AD – the fire of the Western Roman Empire was dying down. The last emperor, Romulus Augustus (the irony of his name not going unnoticed), was brought down by a certain Odoacer in 476. The latter, modest (or realist), only declared himself King of Italy. The territory subsequently fell into the hands of the Ostrogoths, the Vandals, the Byzantine Empire, and finally the Lombards.

In the Middle Ages, then during the Renaissance, for which it would be the cradle, Italy was composed of a disparate collection of independent cities, duchies, republics, and other principalities. The North was ruled first by Charlemagne and then by the Holy Roman Empire. Further to the south were also the Papal States. Later, it was Napoleon Bonaparte who put a cat among the pigeons in “the Boot” by creating a host of local republics allied with France.

It was only in the 19th century that unification efforts began in earnest, bringing an end to the age of Italian states. The first proclamation of a Kingdom of Italy came in 1861, even though the kingdom remained “partial”. It was not until 1871 that the kingdom could be considered to be “complete” under a constitutional monarchy with Rome as its capital. Of the multitude of initial Italian entities, only the Republic of San Marino and the Vatican City remain.

Following World War I, just like in Germany, it was the feeling of having been swindled by the Treaty of Versailles and the economic crisis which facilitated the rise to power of Benito Mussolini. In 1922, following the March on Rome, he took control of the Italian Government entrusted to him by King Victor Emmanuel III. Just as in Germany, the fascists utilized violence and the ballot box to rise to power. In 1925 and 1926, Il Duce (The Leader) passed fascist laws to lay the foundations for an authoritarian state.

Italy was a coalition member of the Axis powers during World War II along with Germany and Japan. In 1943, the Allies landed in Sicily, and the King ordered the imprisonment of Mussolini, who should be delivered by the Germans. During this period, Italy was split in two: the Allies in the South and the Germans occupying the North. It was a time of civil war, and the country became nothing more than a giant battlefield. Finally, in 1945, the fleeing Il Duce was intercepted by communist partisans and hanged.

1946 sounded the death-knell for the Italian monarchy following a referendum. The Italian Republic was proclaimed with a parliamentary regime. Umberto II, the last King of Italy, reigned for just 35 days before leaving the throne and departing for Portugal without abdicating. In 1948, a law was passed banning any member of the royal family from setting foot on Italian soil.

Prior to the unification of 1861, Italian territory was so fragmented, often occupied, quartered, and politically shifting that it proves quite difficult to summarize a clear history in just a few lines.

Lets focus on a few notable coins. The golden florin (fiorino), created in Tuscany in 1252, was used as international currency. In 1282, it was Venice which minted its first golden ducat and cast a shadow over the florin. The 18th century, with Italy under Austrian influence, saw the grand return of the florin and the arrival of the gulden. But let’s also not forget the genovino used in the Republic of Genoa, the Roman scudo of the Papal States, the ducat of Naples and Sicily, or the crown of Trentino. The lira was in use in Sardinia from the 16th century.

Ultimately, we conclude by coming full circle. After all, right at the beginning of the Christian era, was the libra (Roman pound). A unit of weight. In 790, Charlemagne decided to transform this unit of weight into a unit of currency for his empire. And so the silver lira was born weighing 325 grams and having a value equivalent to 240 denarii where it was in use on Carolingian territory.

And it was another emperor, Napoleon I, who brought it back into fashion as the first currency of “his” Kingdom of Italy in 1806. The Italian lira, like the franc, had to weigh 5 grams of silver and bear the inscription “Napoleon, emperor and king”.

Italy did not get its own real unit of currency until the complete unification of the kingdom. In 1862, the lira (₤) was the only one in circulation, weighing 4.5 grams of silver and divided into 100 centesimi (cents).

The lira endured and fluctuated over the course of periods of crisis, inflation, and growth until the introduction of the euro in 2002.

Among other things, the Italians invented the electric battery (Alessandro Volta, 1800), the radio (Guglielmo Marconi, 1895), the piano (Bartolomeo Cristofori, 1709), eye glasses (13th century), and even the combustion engine (Eugenio Barsanti and Felice Matteucci, 1854). 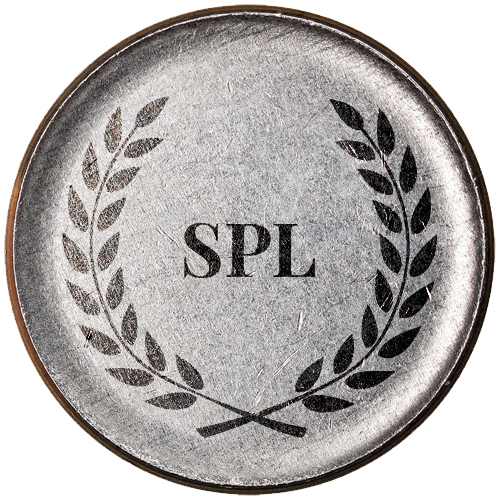 This means – more prosaically – that it is very unlikely that the coin has circulated, even among few and careful hands. Traces of any manipulations are practically imperceptible and no patina or other form of oxidation has altered the object’s brilliance.