Quality shown in the photo: EF(40-45)
Real photo of the collectible item that you will receive Quality EF(40-45)
€12
Go to cart
If you so wish, you can order a certificate of authenticity for this collectible item after adding it to your cart.

Brass has had a variety of names over the year… It was known as orichalcum (aurichalcum) by the Ancient Greeks and Romans, Florentine or Venetian bronze, yellow copper, similor, and even tombac. Its name may vary depending on the proportions of the recipe and its origin, but the composition of this alloy remains the same: a successful and beautiful marriage of zinc and copper.

In its monetary form, there is evidence dating from the 1st century BC, in the area of Asia Minor, most likely in the Kingdom of Pontus. Its usage then spread throughout Asia and Europe. Augustus notably substituted it for bronze for certain dupondii and sesterces. Much later, in the 18th century, it was a popular choice for tokens. Pinchbeck (a low-end brass) was used on medals to imitate gold.

The properties of the alloy may vary depending on the proportions of metals employed, but it is well known for its great malleability and good resistance to corrosion.

When copper constitutes the majority, the patina may turn green. 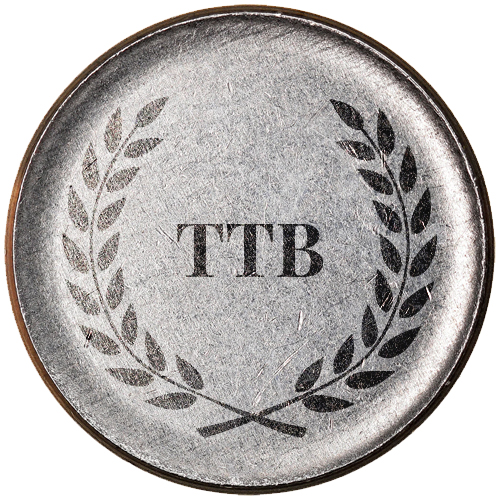 This means – more prosaically – that the coin has circulated well from hand to hand and pocket to pocket but the impact on its wear remains limited: the coins retains much of its mint luster, sharp detailing and little sign of being circulated. Closer examination with the naked eye reveals minor scratches or nicks. 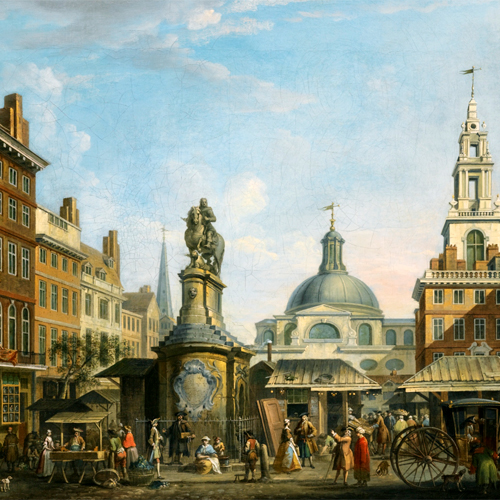 In fact, nowadays, Great Britain is the name of the island constituting the majority of the United Kingdom, which is why it would be more correct to refer here to the United Kingdom of Great Britain and Northern Ireland (long version). And it was a long time before the kingdom became that (united). Even in antiquity, the island of Britain was already split in two by Hadrian’s Wall. The North was home to the Picts and the South to the Britons.

The island was invaded numerous times over the course of the first few centuries AD – invasions which contributed to its population. Angles, Vikings, Saxons, and William the Conqueror’s Normans, who finally conquered the land in 1066.

As such, the unification was a long road paved with wars, spars, inheritances, and royal intrigues. It began with the victory of Edward I over the last Welsh prince Llywelyn in 1282. The country of Wales was fully integrated into the Kingdom of England in 1536.

As far as Scotland is concerned, James VI of Scotland (crowned in 1567) subsequently became James I of England and Ireland (crowned in 1603), making him the first sovereign to wear both crowns de facto. Logically, he thus proclaimed himself “King of Great Britain, France and Ireland”.

Remember, for all intents and purposes, that since Edward III and the Hundred Years War, the mention of France in the title is entirely symbolic and does not indicate any potential French possessions.

Great Britain launched its revolution well before the rest of the world, in the 17th century. The first revolution had Oliver Cromwell as its standard-bearer. He became Lord Protector of the Commonwealth of England, Scotland, and Ireland.

In 1661, the monarchy took up the reins again, but things wouldn’t stay the same for long. Following the Glorious Revolution and voting on the Bill of Rights in 1689, the King or Queen of England (subsequently the United Kingdom) no longer held more than limited powers, notably advising and appointing the prime minister from the members of the majority party.

In 1707, the Act of Union triggered the merging of the English and Scottish parliaments for a single kingdom: Great Britain. In 1801, it was the Irish crown’s turn to merge with the British crown. And thus was born the United Kingdom of Great Britain and Ireland. However, religious dissension in Ireland led to the separation of Southern Ireland in 1922. Consequently, the country’s name was changed to the United Kingdom of Great Britain and Northern Ireland.

In the 19th century, the British Empire (in other words the United Kingdom and all its colonial entities) established itself as the foremost global power. Its territory at that time covered around one third of the globe, and it was described as “the empire on which the sun never sets”.

In the 20th century, the United States snatched first place from the United Kingdom in the ranking of global superpowers in the aftermath of World War I. At the end of the 1950s, the United Kingdom also saw decolonization diminish its power on the global scene. The Thatcher years (1979-1990) were a period of extensive privatization and a decrease in industrialization.

Having joined the EEC (European Economic Community) in 1973, the United Kingdom finally left the European Union through Brexit at the end of 2020.

The pound sterling has been in circulation in England since the 11th century, making it one of the oldest currencies still in use today. The term sterling may derive from the Norman word steorra, meaning star, although other etymologies have also been proposed. It has been symbolized by the £ sign since the 18th century.

It should be noted that while the pound sterling itself has not changed, its subdivisions have. The British did not switch to the decimal system until 1971, and the pound has been worth a round 100 pence since.

Although the pound has the same name in all British territories, one would be amiss to think that it can be used everywhere. If de facto, it is issued by Bank of England, it is accepted everywhere, but this is not the case for the Scottish or Northern Irish pound. There are also versions for Jersey (Jersey pound), Guernsey (Guernsey pound), and the Isle of Man (Manx pound)...

Painting: "View of the Stocks Market London" by Joseph Nickolls (before 1738)